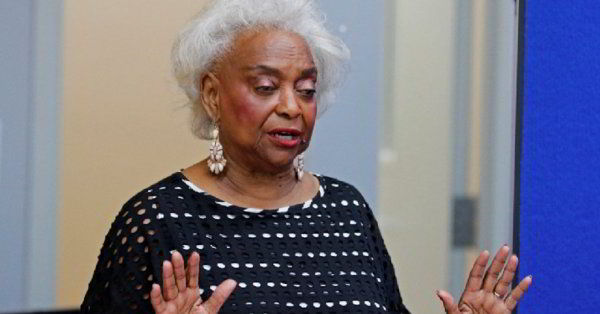 When Snipes resigns in January, she will be receiving a state pension of $58,560 from her time as an educator earlier in her career and will add nearly $71,000 a year to that for her service as an elected official.

While state officials haven’t officially given a statement on the amount of her pension, the Sun-Sentinel determined that based on “salary information and state retirement rules,” Snipes will add $5,909 for her 15 years as Broward Elections Supervisor.

Moreover, she will also be eligible for a cost-of-living increase every year of between 2 and 3 percent.

The annual increase will add thousands to her pension.

According to the Sun-Sentinel, Snipes currently makes $178,865 a year for her role as Broward elections supervisor.

In addition to the large salary, she’s already been receiving a pension of $4,880 a month from being a teacher and a school administrator.

The Sun-Sentinel reported that neither Snipes nor her lawyer have commented regarding the state of her pension.

Snipes resigned in mid-November after receiving scrutiny for how she handled the voting and recounts in the 2018 midterm elections.

Her office caused a backlog of issues after the election, including losing ballots during the recount, opening provisional early-voting ballots without approval from the canvassing board and missing the recount deadline.

The Sun-Sentinel reported thousands of voters could have missed out on voting for the highly contested match for the Senate seat between Florida Gov. Rick Scott and incumbent Sen. Bill Nelson due to the way the ballots were designed.

The choices for the Senate seat had a “placement under a lengthy set of instructions,” which may have caused many voters to just miss the option.