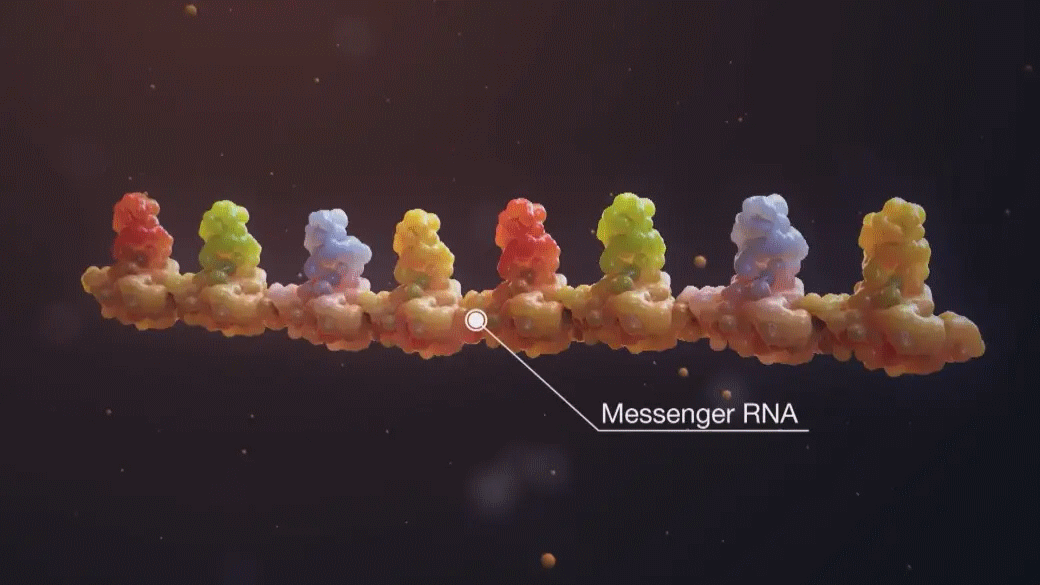 The article discusses the concern raised by a physician in Canada back in April 2021 regarding the apparent adverse effects related to the mRNA Covid-19 Vaccines. Effects that are now being reported around the world raising some concerns.

Dr. Charles Hoffe, a family physician from Lytton, British Columbia, wrote to Dr. Bonnie Henry, B.C. provincial health officer, in April 2021 with serious concerns about COVID-19 vaccines. One of his patients died after the shot, and six others had adverse effects. While their small town had no cases of COVID-19, Hoffe said the vaccine was causing serious damage and he believed “this vaccine is quite clearly more dangerous than COVID-19.”

Hoffe was quickly accused of causing “vaccine hesitancy” and local health authorities threatened to report him to the licensing body, the College of Physicians and Surgeons of British Columbia. He was also told by government health authorities that he could not say anything negative about the COVID-19 vaccine, but the issues Hoffe was seeing compelled him to speak out anyway.

Hoffe created the video above to explain how mRNA COVID-19 vaccines can affect your body at the cellular level. In each dose of the Moderna COVID-19 vaccine are 40 trillion mRNA — or messenger RNA — molecules.

Each mRNA “package” is designed to be absorbed into your cell, but only 25% stay in your arm at the site of the injection. The other 75%, Hoffe says, are collected by your lymphatic system and fed into your circulation. The cells where mRNA is absorbed are those around your blood vessels — the capillary network, which are the tiniest blood vessels in your body.

When the mRNA is absorbed into your vascular endothelium — the inner lining of your capillaries — the “packages” open and genes are released. Each gene can produce many COVID-19 spike proteins, and your body gets to work manufacturing these spike proteins, numbering in the trillions.

Your body recognizes the spike protein as foreign, so it begins to manufacture antibodies to protect you against COVID-19, or so the theory goes. But there’s a problem. In a coronavirus, the spike protein becomes part of the viral capsule, Hoffe says, but when you get the vaccine, “it’s not in a virus, it’s in your cells.” The spike protein, in turn, can lead to the development of blood clots:

“So it therefore becomes part of the cell wall of your vascular endothelium, which means that these cells, which line your blood vessels, which are supposed to be smooth so that your blood flows smoothly, now have these little spiky bits sticking out.

So it is absolutely inevitable that blood clots will form, because your blood platelets circulate around in your vessels and the purpose of blood platelets is to detect a damaged vessel and block that damage when it starts bleeding. So when a platelet comes through a capillary and suddenly hits all these covid spikes that are jutting into the inside vessel … blood clots will form to block that vessel. That’s how platelets work.”

62% of Recently Vaccinated Patients Have Evidence of Clotting

Hoffe spoke with Dr. Sucharit Bhakdi, a retired professor, microbiologist and infectious disease and immunology specialist who, along with several other doctors and scientists, formed Doctors for COVID Ethics. Bhakdi has also warned that the SARS-CoV-2 spike protein binds to the ACE2 receptor on platelets.

The subsequent activation of the platelets can lead to disseminated intravascular coagulation (DIC), i.e., a pathological overstimulation of your coagulation system that can result in abnormal, and life threatening, blood clotting, as well as thrombocytopenia (low platelet count) and hemorrhaging.

While some of the blood clots you may have heard about associated with the COVID-19 vaccines are the large variety that show up on MRIs and CT scans, Hoffe states that the variety he’s referring to are microscopic and scattered throughout the capillary network, so they won’t show up on any scan.

The only way to find out if this predictable mechanism of clotting is happening is with a test called D-dimer. D-dimer is a protein fragment produced by the body when a blood clot dissolves. It’s typically undetectable or present only at very low levels, buts its level may significantly rise when the body is forming and breaking down blood clots.

According to Bhakdi, “Now a number of German doctors have been measuring the D-dimers in the blood of patients before vaccination and days after vaccinations and with respect to the symptoms they have just found out that triggering of clot formation is a very common event with all vaccines.”

Hoffe has been conducting the D-dimer test on his patients within four to seven days of them receiving a COVID-19 vaccine and found that 62% have evidence of clotting.8 While he’s still trying to accumulate more information, he said:

“It means that these blood clots are not rare. The majority of people are getting blood clots and they have no idea that they even have them. The most alarming thing about this is that there are some parts of your body, like your heart and your brain and your spinal cord and your lungs, which cannot regenerate. When those tissues are damaged by blocked vessels, they are permanently damaged.”

‘The Worst Is Yet to Come’

As Bhakdi explained, post-vaccination it’s possible to end up with so many blood clots throughout your vascular system that your coagulation system is exhausted, resulting in bleeding (hemorrhaging).10 Hoffe now has patients who get out of breath much more easily than they used to because “they’ve clogged up thousands of tiny capillaries in their lungs.” This is only the first problem, as it can lead to more significant, permanent damage. Hoffe noted:

“The terrifying thing about this is not just that these people are short of breath and can’t do what they used to be able to do. Once you block off a significant number of blood vessels to your lungs, your heart is now pumping against a much greater resistance to try to get the blood through your lungs.”

The end result can be pulmonary artery hypertension, which is basically high blood pressure in your lungs, because the blood can’t get through due to the many vessels that are blocked. “People with this usually die of right-sided heart failure within three years,” Hoffe said. “So the huge concern about this mechanism of injury is that these shots are causing permanent damage and the worst is yet to come.”

As he noted, while some tissues, like your liver and kidneys, can regenerate, others, like your heart, cannot. An increased risk of myocarditis, or inflammation of the heart muscle, has already been seen among young males who receive an mRNA COVID-19 vaccine. “They have permanently damaged hearts,” Hoffe explained, adding:

“It doesn’t matter how mild it is, they will not be able to do what they used to do because heart muscle doesn’t regenerate. The long-term outlook is very grim, and with each successive shot, it will add more damage. The damage is cumulative because you’re progressively getting more damaged capillaries.”

Because of the risk of the formation of blood clots in your vessels, Bhakdi went so far as to say that giving the COVID-19 vaccine to children is a crime: “Do not give it to children because they have absolutely no possibility to defend themselves; if you give it to your child you are committing a crime.”
Spike Protein Damages Human Cells

The key causative agent causing damage from COVID-19 vaccines appears to be the spike protein. Scientists from the University of California San Diego created a pseudo virus, or cell surrounded by the spike proteins that did not contain a virus.

Using an animal model, the researchers administered the pseudo virus into the lungs and found the virus was not necessary to create damage. Instead, the spike protein was enough to cause inflammation, damage to vascular endothelial cells and inhibited mitochondrial function.

Dr. Robert Malone, the inventor of the mRNA and DNA vaccine core platform technology, has also spoken out about the dangers of the spike protein used in COVID-19 vaccines.

In its native form in SARS-CoV-2, the spike protein is responsible for the pathologies of the viral infection, and in its wild form it’s known to open the blood-brain barrier, cause cell damage (cytotoxicity) and, Malone said, “is active in manipulating the biology of the cells that coat the inside of your blood vessels — vascular endothelial cells, in part through its interaction with ACE2, which controls contraction in the blood vessels, blood pressure and other things.” Bhakdi also described this as “a disastrous situation” paving the way for clotting:

“This is a disastrous situation, because the spike protein itself is now sitting on the surface of the cells, facing the bloodstream. It is known that these spike proteins, the moment they touch platelets, they active them [the platelets], and that sets the whole clotting system going.

The second thing that should happen, according to theory, is that the waste products of this protein that are produced in the cell, are put in front of the ‘door’ of the cell … and is presented to the immune system.

The immune system, especially the lymphocytes, recognize these and will attack the cells, because they don’t want them to make viruses or viral parts. And the viral parts are now being made in locations where viral parts would never, ever reach [naturally], like the vessel wall in your brain …

If that ‘tapestry’ of the wall [i.e., the lining of the blood vessel] is then destroyed, then that is the signal for the clotting system to [activate], and create a blood clot. And this happens with all of these vaccines because the gene [the instruction to make spike protein] is being introduced to the vessel wall.”

Equally as disturbing as the potential harm caused by experimental mRNA vaccines is the censorship going along with it, such that the College of Physicians and Surgeons of Ontario (CPSO), which regulates the practice of medicine in Ontario, issued a statement prohibiting physicians from making comments or providing advice that goes against the official narrative — basically anything “anti-vaccine, anti-masking, anti-distancing and anti-lockdown.”

The statement was released, according to CPSO, because physicians, in isolated incidents, have been spreading blatant misinformation via social media, which is undermining “public health measures meant to protect all of us.” But if a physician is unable to speak freely, the independent relationship between doctor and patient ceases to exist, and so does the doctor’s ability to act in the best interest of the patient.

Hoffe certainly experienced this but is still speaking out, putting his patients first and trying to get the word out that, he believes the COVID-19 vaccination program should be stopped until the causes of the many injuries and deaths are understood. The tragic question is, how many others with similar concerns have been intimidated into remaining silent?