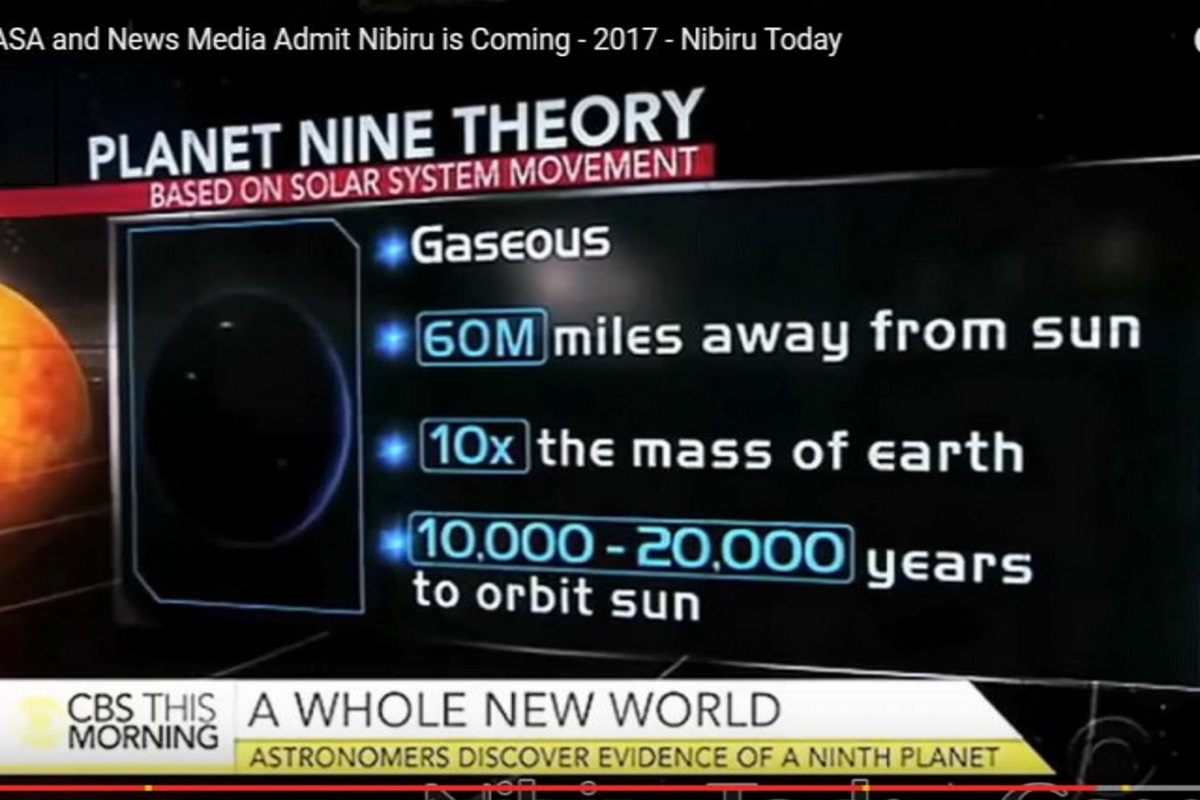 On the CBS This Morning Show there was a report regarding the findings of university researchers who have found evidence of a 9th planet.

For many readers over 40 it may seem odd considering we have always believed there to be 9 planets, however recently Pluto has been downgraded from a planet, due to its size and the presence of additional bodies in that part of the solar system of comparable size.

The researchers have determined that there must b a larger planet somewhere in our solar system, based on the measurable effects it is having on other planets in our solar system. This ninth planet has not been seen but they are currently searching for it and have narrowed down the region of space it should be found in.

Many believe this ninth planet to be the planet Nibiru referenced in ancient texts although long denied by mainstream science.

Did CBS just warn us about Nibiru?