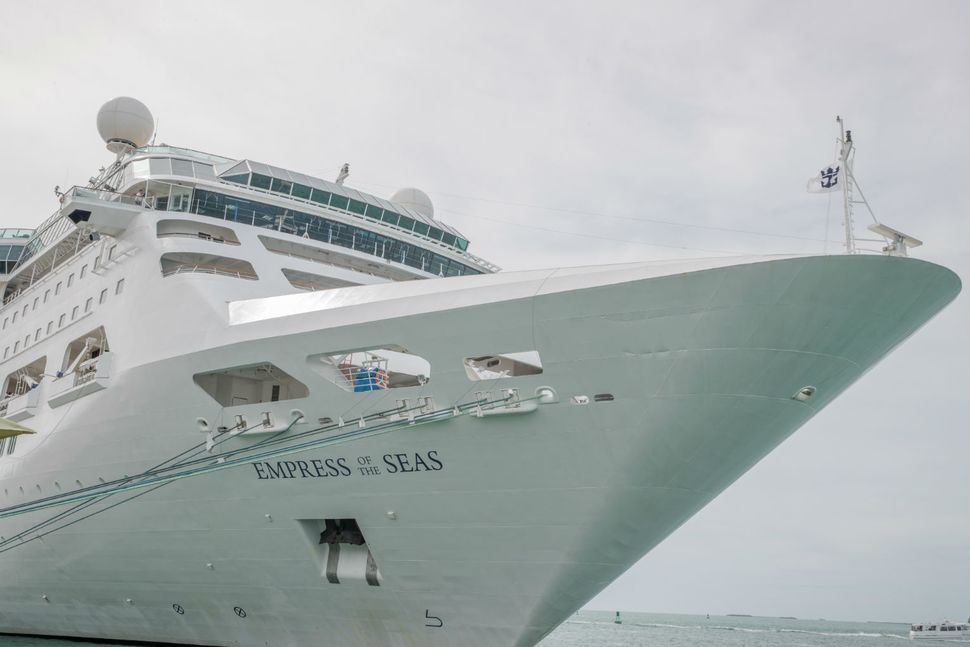 Two stranded sailors experienced their very own Christmas miracle last week, after being lost at sea for nearly three weeks.

The Costa Rican fishermen, who had departed Puerto Limon on 1 December, fell asleep after casting their nets. When they woke up, they discovered that they were adrift and ran out of gas trying to get back on course.

With only enough food and water for seven days, the pair drifted out in the middle of the Caribbean Sea between Grand Cayman and Jamaica.They were able to catch some fish to eat but ran out of fresh water.

In an incredible stroke of luck, the Royal Caribbean’s Empress of the Seas cruise ship spotted a light from the tiny vessel around 7pm on Friday 22 December.

Crew alerted authorities, but were informed that they were unable to provide assistance.

The RCL cruise liner slowly approached the fishermen, lowering a small tender/life boat into the water to rescue the stranded sailors.

According to James Van Fleet, Royal Caribbean’s chief meteorologist, who tweeted about the recovery operation, one of the fishermen was so weak he was unable to walk.

Onboard crew carried the man from the small boat before giving them with water and medical attention. Remarkably, no injuries were reported.

After being taken to hospital in Jamaica for a check up, the crew collected $300 for the two fishermen to buy clothes and food.

What makes the recovery effort particularly special is that the men were only spotted because the cruise ship had been rerouted from Cienfuegos in Cuba, to Ocho Rios in Jamaica due to high winds. Had the liner stayed on its original course, it’s possible the men may never have been found.

“Pure luck, lining of the stars, God, whatever you choose to believe, the facts are we would not have been in that area at the time had we not switched to go to Ocho Rios in Jamaica and you can’t help but think there was a greater plan in all of this,” wrote Van Fleet on Twitter.

“Twenty days at sea should tell you everything about the odds of them being found alive,” he continued. “All of us at Royal Caribbean wish them a safe return back home to Costa Rica.”