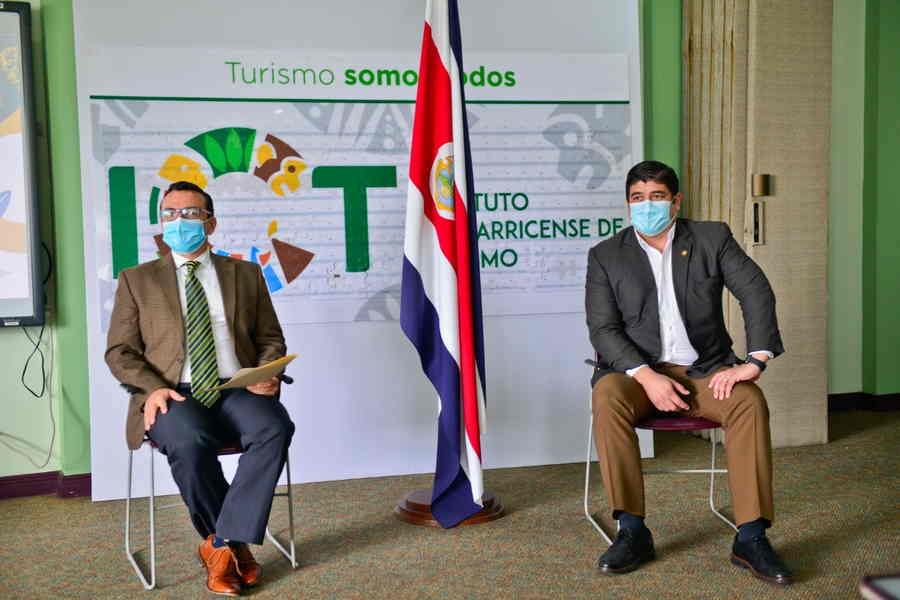 In the company of the President of the Republic, Carlos Alvarado, the Minister of Tourism, Gustavo J. Segura announced on Wednesday Feb 17, twenty new reactivation and relief measures for the tourism sector that include the following:


These measures complement the tourism recovery plan outlined in the roadmap designed by the ICT in conjunction with the private sector in 2020, as well as the reopening of air borders to all countries in the world last November, the arrival of new lines air and national and international marketing campaigns. Unfortunately these efforts follow the recent increase in travel restrictions from countries who have in the past been the key source of tourism income for most operators, including Canada, Australia, Great Britain and the EU.

"The tourism sector is the most affected in our economy because of the pandemic and, recognizing this reality, we have adopted as a Government, with the leadership of ICT and other institutions, a group of measures to push the reactivation of tourist activity", said Carlos Alvarado, President of the Republic. Alvarado highlighted the opening to Chinese tourism and the strengthening of the bilateral relationship with China, which is now 13 years old.

"To rise up and continue to be the engine of the national economy, the tourism sector needs the assistance of all state institutions," said the Minister of Tourism at a press conference at the ICT. "The President of the Republic supported our call and today we have short-term solutions that will contribute to alleviating tourism companies in such a way that as many as possible survive the onslaught of the pandemic and are part of the recovery of tourism," added the hierarch.

The measures were proposed by the ministries of Labor and Social Security, Public Security, Foreign Relations and Worship, Finance, Agriculture and Livestock, Health, Environment and Energy, Economy, Industry and Commerce and Culture, as well as the Institute of Rural Development, the Instituto Costarricense de Electricidad, the Instituto de Asesoría y Fomento Municipal, INCOPESCA and Conassif.

Among the short-term provisions announced, the following stand out: gradual opening to the Chinese market, tourist infrastructure, support for SMEs and transporters, loans in rural territories, as well as measures to lower costs in restaurant and hotels.

About 10% of China's people travel internationally, or about 140 million people. By 2027, the number of people with passports is expected to reach 300 million, which is equivalent to 20% of the Chinese population.

In order to explore this market, the ICT, the General Directorate of Migration and Foreigners, the Ministry of Public Security and the Ministry of Foreign Affairs and Worship agreed on eliminating the visa requirement for the entry of tourists from Beijing and Shanghai. The measure, which will take effect on March 1, is part of a gradual scheme that includes requirements such as the acquisition of a tourism package with a duly registered Costa Rican tour operator company.

This will clearly benefit the larger international tourism companies who have Chinese interpreters over smaller local operators who make up the majority of the tour operators in the country.

In 2019, the country counted only 16,847 international arrivals of Chinese through all routes of entry to the country. It is difficult to estimate how this new program will benefit the tourism sector in 2021 when we are well into the peak of the regular season. Then again, perhaps there are millions of Chinese awaiting the opportunity to travel here who were previously prevented from travel only because of the visa requirement.

These will be financed by JUDESUR which is the Development Group for the five Cantons of the Southern Zone or Zona Sur in Costa Rica. JUDESUR was previously in charge of financing social programs in the Zona Sur, not large scale infrastructure projects based on what we see on their website.

Minster Segura also announced an investment of ¢850 million in infrastructure in the Tenorio Volcano National Park, starting in the second Semester of 2021.

In an effort to promote national tourism he also announced Directive 077-S-MTSS-MIDEPLAN which allows public employees to accumulate overtime hours and to receive one day off per week. That day off will be encouraged to be a Friday or Monday, creating a long weekend in order to stimulate local tourism.

Before the Covid-19 pandemic, tourism generated 225,000 direct jobs and 83,000 indirect jobs, according to the press release. While the Gross Domestic Product decreased 4.5% in 2020, of that figure, 40.7% corresponded to hotels and restaurants, according to data from the Central Bank of Costa Rica.

These figures seem low, considering the number of closed restaurants and empty hotel rooms throughout Guanacaste but those are are the officially published statistics.