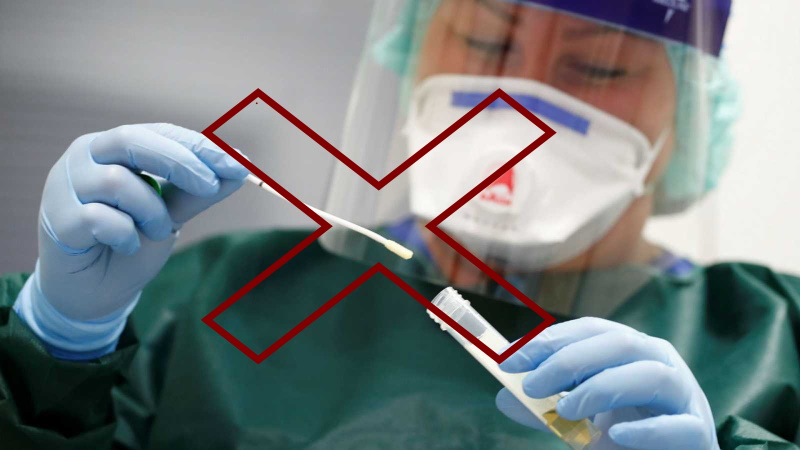 In a surprise announcement, Costa Rica has removed the requirement for a negative RT-PCR test result within 72 hours of arrival. Both foreigners and Costa Ricans entering the country by air no longer need to have a recent negative test result.

The change was made as the Government decided to ease entry requirements into the country, in order to reactivate tourism employment, especially in rural areas of Costa Rica. As of Monday, October 26, national and foreign passengers entering Costa Rica by air need not present a negative RT-PCR test result, the test that has been used to determine the presence of SARS CoV-2 that produces Covid-19, Gustavo J. Segura, Minister of Tourism, announced this Thursday.

According to the statement neither Costa Ricans nor foreigners will receive a sanitary order of confinement when entering the country by air.

This measure depends on the progress of the pandemic within Costa Rica and in the world. Costa Rica currently has the highest incidence rate of infection in Latin America, according to the Pan American Health Organization (PAHO) however hospitalizations and deaths attributed to the disease have stabilized over recent weeks. PAHO also stated that requiring corona virus testing for incoming travelers is not recommended as a tool to mitigate the the risk of international spread.

"This decision is made in view of the air opening to all the countries of the world on November 1 and takes into account that the Pan American Health Organization, in a document dated October 9, considers it unnecessary to demand tests or order quarantines for the resumption of international travel ”, said the Minister of Tourism. He also stated that international tourism has not been a source of CoVID-19. Seems logical considering international travel had been banned for the past three months, but hardly proof that tourists cannot spread the virus.

In addition to the migratory visa requirements for each country, those travelers arriving by air are still required to complete the epidemiological digital form called Health Pass and have medical insurance that meets the parameters established by executive decree.

It is not known if this change will remain in force or will change at a later date, although it may become more difficult to change as the number of tourists arriving increase. There is also controversy as to the reliability of the RT-PCR test as an accurate way to determine whether someone is carrying the SARS CoV-2 virus.

“I reiterate my call to companies in the tourism sector to continue with the commitment to apply prevention protocols in a very comprehensive manner and to national and international tourists to do tourism responsibly, following all the precautionary measures that have been recommended to avoid contagion. The adoption of protocols is critical to give continuity over time to these gradual measures of economic opening, which undoubtedly help to protect thousands of jobs in the tourism sector throughout the country ”, added the Minister. (translated).

It is not clear how this policy change will impact residents and those who have remained in the country. Many residents on social media are expressing concerns over increased risk of exposure to CoVid-19 with the arrival of untested tourists, however, opening travel does not equate to a mad influx of foreigners. There are only a few flights per week arriving so we should expect a gradual increase in tourism.

Another concern discussed is how it is difficult to require that locals have restrictions imposed upon them while allowing tourists to enter the country without testing. However if successful, we may be on the way to having further restrictions removed. The Government may have concluded that one way to avoid economic catastrophe was to allow tourism to return, but we expect the tourism sector will be closely monitored. It is important to realize that tourists are just as concerned about exposure to the virus as are the locals, and will conduct themselves accordingly.

While there are many awaiting permission to return from Nicaragua and Panama, this announcement is welcome news to those who rely on tourism for employment and for keeping their business open. As of November 1st, tourists from all countries arriving by air are allowed entry, and we hope that those arriving by land will be granted the same privilege in the coming days as well.