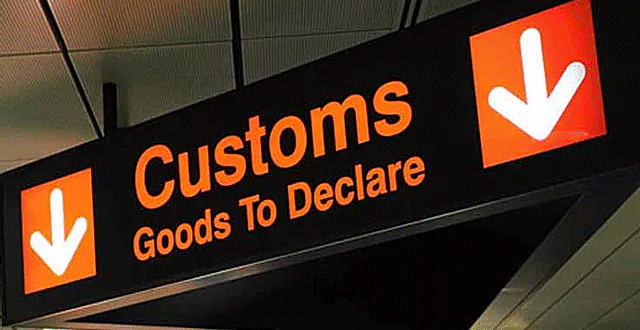 Confusion and questions arise over the latest announcement regarding the extension of foreign visas made public by the Instituto Costarricense de Turismo (ICT) and the Department of Immigration (DGME) via facebook posts late Monday March 1st, 2021.

The announcement made last night has only been published on their facebook posts and are not on their official websites, nor on the Casa Presidencial notices, hence there are questions as to whether this is a valid official notification. To assume everyone has a facebook account to view these notices is even more outrageous.

In any case, tourists who entered the country on or after December 1, 2020, will not have the benefit of the extension. The extension affects only those visitors who arrived in the country between December 17, 2019, and November 30, 2020 who were eligible to remain in the country until March 2nd, based on previous visa extensions.

With land borders closed until at least April 1st, 2021, based on an announcement made last week, tourists seeking to remain in the country legally were forced to find flights out to other countries and return by air, to have their passports validated with extensions.

Mexico was a popular choice because like Costa Rica, they do not require a negative test for CoVID-19 for entry or exit. Florida and Panama were other popular choices who require the negative test results for entry but because of the frequency of flights allow tourists to enter and return on the next available flight.

With thousands of people affected by the March 2nd deadline the clinics in Guanacaste were overwhelmed with bookings for tests over the past few days.

All those who exit the country and return are now subject to the the rule that requires them to show valid CoVID-19 insurance coverage for the duration of their stay. Adding to the stress, those opting for 90 day insurance coverage indicating they plan to remain in Costa Rica for several months are not guaranteed a 90 day visa stamp insurance. We know of several cases where immigration officials at the border issued only 30 day stamps, which is entirely at the discretion of the immigration official.

Assuming the extension announced last night will become official, as of today, March 2nd, anyone who remained in the country based on past extensions in now ineligible to drive.

Tourist driving privileges are tied to the passport entry stamp, subject to an extension issued by the Ministry of Transport (MOPT). At this point their is no announcement from MOPT providing a similar extension until either June 1st or 2nd, thus for now, those who arrived in the country prior to December 1st, 2020 can no longer drive legally.

Those who exit and return are eligible to drive on a foreign licence until their visa expires.

For those hoping to remain in the country based on the newly announced extension, you must send an email to the ICT at This email address is being protected from spambots. You need JavaScript enabled to view it. with your travel insurance details and receive a confirmation from them regarding the acceptance of your insurance coverage.

Insurance covering costs for medical costs due to covid-19 and lodging, can be an international policy or one purchased from the government provider.

Until you receive the acceptance notification, you remain technically illegal and subject to fines and sanctions. One should expect delays hearing back from ICT, and plan accordingly.

At a time when the country is now recovering from the results of CoVID-19, this expiration of the visa extension on March 2nd seems ill-timed. Costa Rica went from a peak of 2259 cases back in Novmeber 2020 to 427 cases on Feb 26th, 2021 (stats from worldometers.info). Active cases have dropped by more than 60%.

To require those wishing to remain in the country, where they are relatively safe and in compliance with national regulations, and force them to leave to other countries, some with higher infection rates, only to return a few days later is irresponsible to all those who have been following the rules. Surely this announcement could have been made weeks ago to allow people time to get their paperwork in order and remain within the country, rather than exposing the entire country to a potential increase in cases brought in from outside the country.

There should also be considerations made for those who own homes or who have invested here, so that they can be allowed to remain within the country until such time as it is safe for them to return to their home countries.

Costa Rica does not require residency to buy property, purchase a home, start a business or invest in the country, and allowing temporary visa exceptions should be a given during these times of global health concerns. There is no health benefit to the population at large by making people leave and then return while many countries are only now moving to restrict unnecessary travel.

If the government wants to enforce visa renewals, it may be time for them to setup locations throughout the country where "tourists" can go and get their visas renewed, verify and/or provide insurance coverage and perform CoVID testing, without having to leave the country. Certainly their are hotels around the country who would be happy to participate in such a program, keeping staff employed and tourist dollars in the country.

For now we await an official announcement from all the government departments involved. Stay tuned.