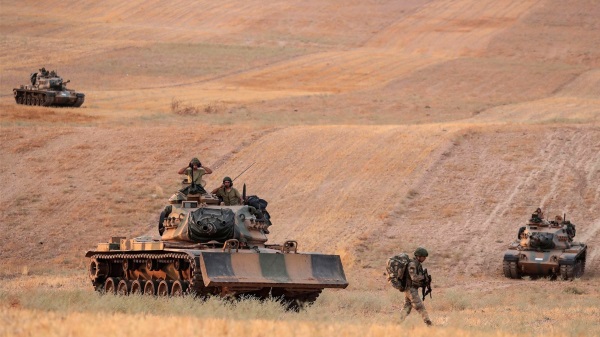 While the US news media goes crazy over the withdrawal of the remaining 50 military advisors remaining in Syria, it is important to note that Syria has never asked them to be there.

The US military and a coalition of forces went in under the premise of iradicatiing ISIS/ISIL who had taken control of large portions of the NE of Syria. They did so with the support of the Syrian Kurds who inhabit the northern region of Syria, along the border with Turkey. Now that ISIS is no longer a threat, there is no justification for remaining there.

Turkey has decided that they will move further into the region and informed the US of their intentions. There plan is to create a buffer zone between Turkey and Syrian Kurds so they can return the millions of Syrian refugees currently in refugee camps within Turkey.

It is also important to note that Turkey is a member of NATO. The US was informed of the Turks decision to enter the region which put the 50 remaining military personnelat risk.

Of course the situation is much more complicated than this, but the US congress can vote on the issue. Declare war on Turkey, declare war on Syria, or attempt a diplomatic solution. Hopefully diplomacy wins and another war is averted.