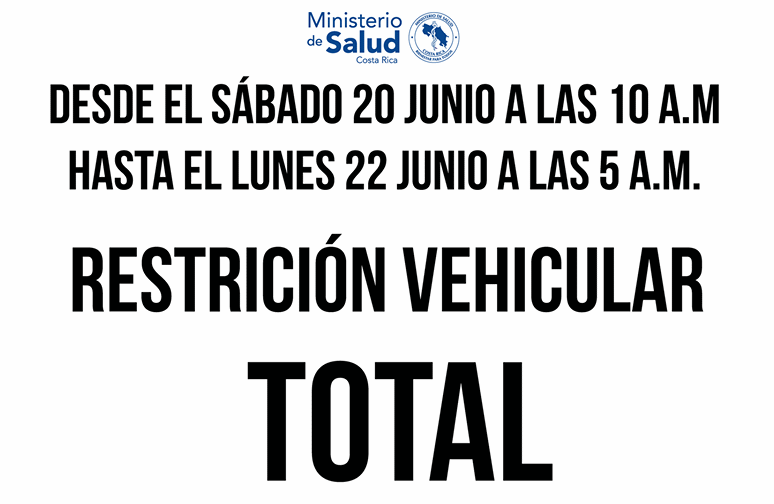 This Friday the goverment announcement to restrict business openings caused a panic in our area as people tried to determine what was going on.

The announcement placed on Facebook by the Ministry of Health was partially responsible for the panic.

The headline Total Vehicle Restriction for the weekend, released Friday afternoon and due to take effect the following morning at 10am until Monday morning at 5am, lit up on instant messaging, as though the end of the world had been announced.

For those reading the rest of the announcement listed under Exceptions, it is clear that nothing really changed. 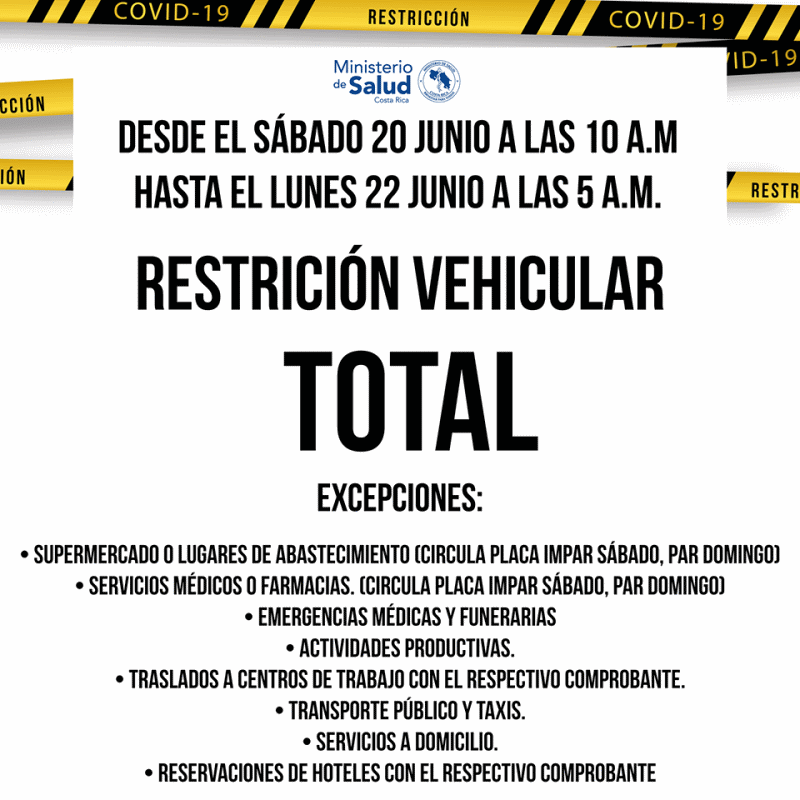 Licence plates ending in odd numbers are allowed to go to the store or pharmacy on Saturday and even numbers on Sunday. Local travel is the key factor, and if you were thinking of visiting the grocery store in Liberia, you could be subject to a fine.

Of course using the term Total Restriction followed by a list of exceptions is not the best way to convey a message, especially for english speaking people who are trying to comply with the ever changing regulations.

Further confusion was due to the expectation of reduced restrictions announced earlier in the week. The country was about to enter the 3rd phase of reopening business and easing restrictions that have been in place since March. Instead the government decided to postpone these actions due to an increase in cases of SARS-CoV-2 in the country.

Churches, theaters, museums and bars were expected to reopen this weekend, subject to reductions in the capacity of people allowed in at any time. Beach goers were going to get an extra hour on the beach.
Instead, current restriction remain in place and business that were open can remain open.

The Health Minister Daniel Salas did not say when they expect to implement the third phase going forward.

The postponement was due to a spike in the number of people infected, with 119 new cases. There are currently 29 hospitalized and 5 in intensive care. The total number of cases in Costa Rica is 2058, with 982 having recovered.

While new cases do not mean people are in more danger than they were last week, the large spike in new cases raised concerns with the Ministry of Health in the chance that some of these cases may end up requiring hospital stays. 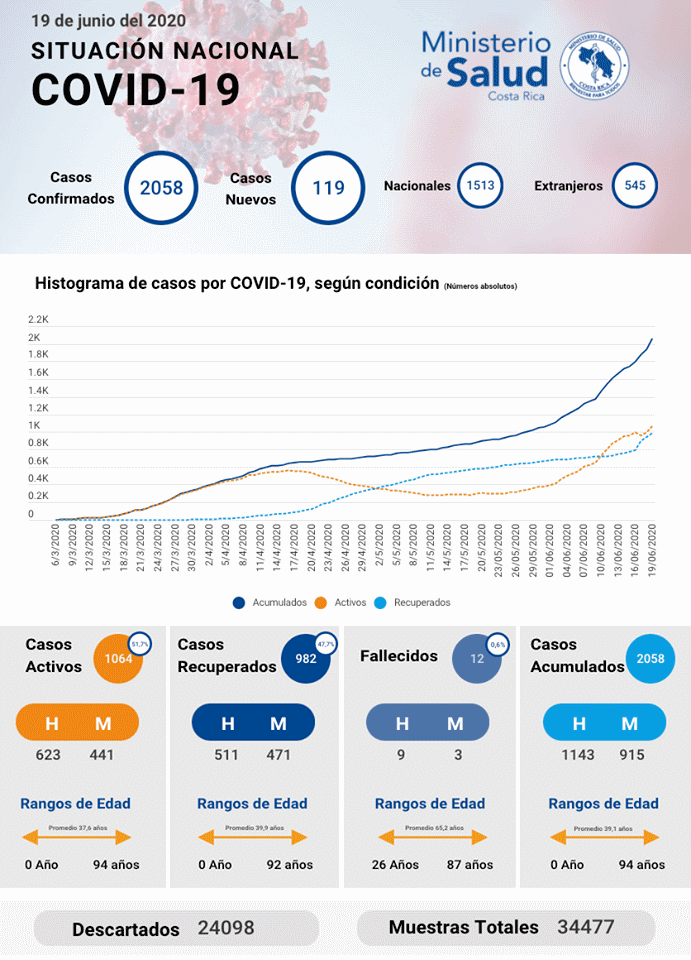 While the government is clearly acting with caution, the fact is that close to half of those infected have recovered. At some point the government will need to decide whether to continue to favor caution or begin to attempt to save the economy.

The Costa Rican Chamber of Hotels stated that if the border closing remains in place after July 1st, they expect to see many hotels close for good, creating a massive loss of both jobs and of course, tax revenues.

The Costa Rica Tourism Institute (ICT) has asked the government to proceed with the opening of the three international airports starting July 1 in a phased, controlled and gradual manner.

The ICT requests this for flights from the European Union and the United Kingdom, where citizens and residents travel.

The ICT also requests that nationals and residents of Costa Rica be allowed travel to all the aforementioned destinations.

Finally, they request that healthy tourists entering the country not be subject to any quarantine.

While this may be a great wishlist, it is doubtful to become reality. Just last Tuesday, June 16th, the Health Minister, Daniel Salas stated that it is not possible at this time to give a date for the reopening of the entry of foreign tourists.

Given the postponement in the implementation of Phase 3 until at least June 30th, seeing borders open the following day is highly unlikely.