As of December 20 and until January 15, the new vehicle restriction will take effect at midnight and will last until 5:00 am.

During this week and on the weekend, the restriction will remain at 11:00 pm.

As a bonus December 25th and January 1st you can be driving after midnight as the restrictions are removed for those days. We assume this means from 12:01 am Dec 25th until 12 midnight and the same for New Years Day.

Apparently the virus will not affect you during those days. Good news in any case. Daytime restrictions remain in place in Central San Jose. 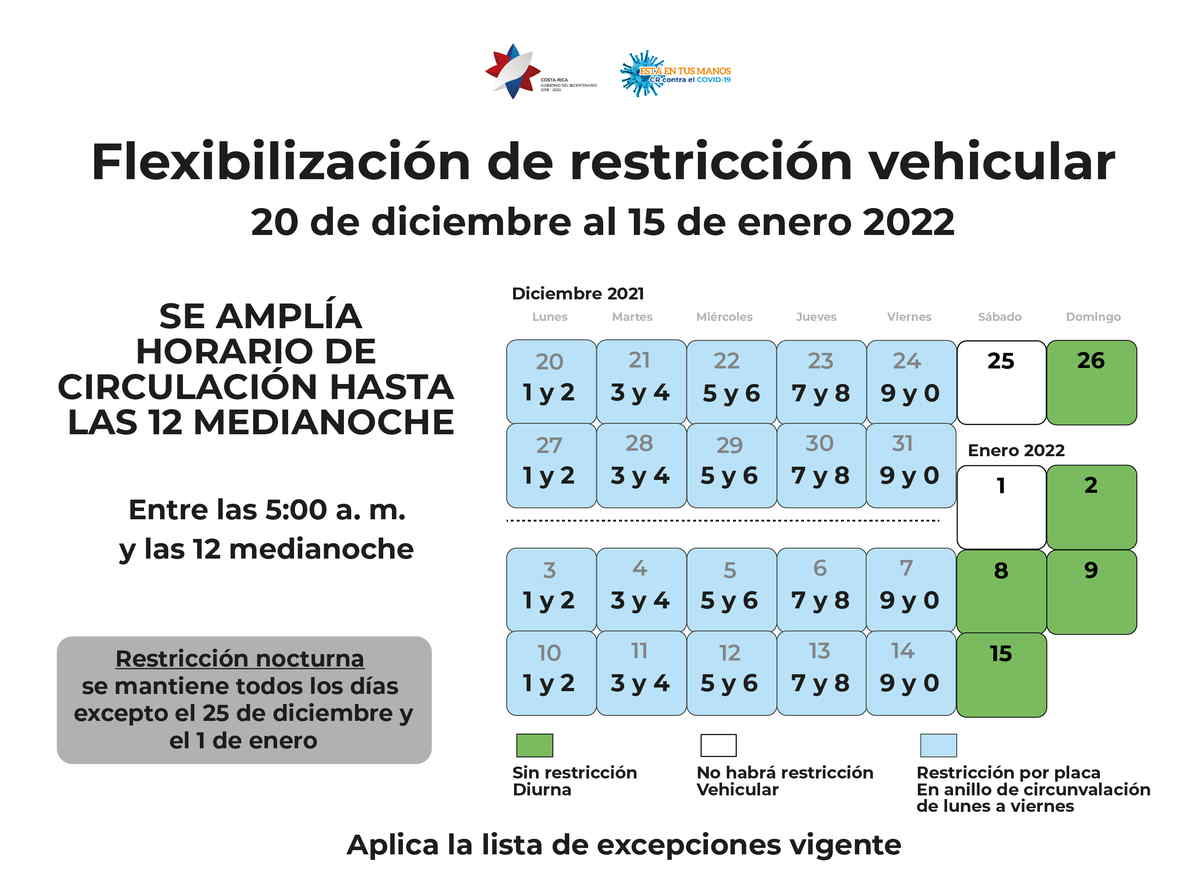 Establishments with a health permit for the operation of business may operate from Monday to Sunday between 5:00 am and 12:00 am, beginning December20th, in accordance with the vehicle restriction. The reality is that people may not be driving after midnight so they cannot be in a bar or restaurant until midnight unless they are walking. Still an improvement ad long awaited change.

Many businesses were hoping for the complete removal of driving restrictions since cases of Covid-19 in Costa Rica have been down for 3 days now and there have been no deaths associated with the virus.

Also announced that public buses may be able to operate at 100% capacity beginning in January.

It appears the Health Ministry believes people are safer on buses than in Church or in your car after midnight. Hopefully it is an indication that other restrictions will soon be removed.