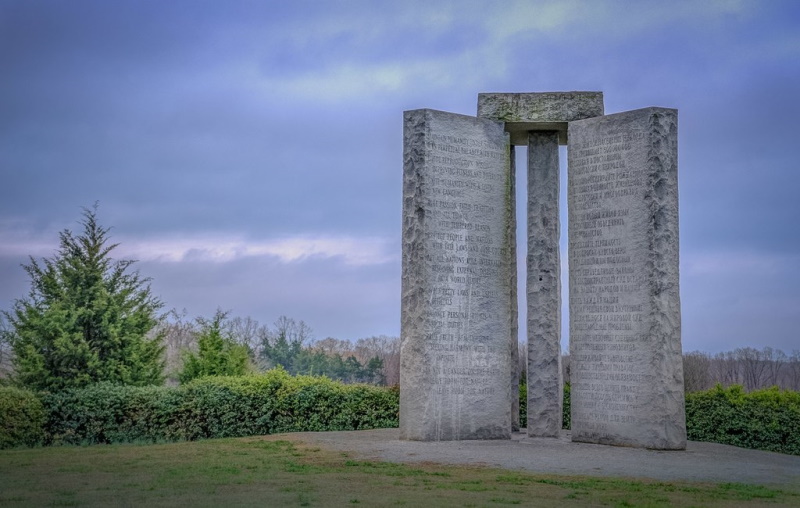 This is the 40th anniversary of the Georgia Guidestones.

The Georgia Guidestones are a granite monument erected in 1980 in Elbert County, Georgia, in the United States. The monument was unveiled on March 22, 1980.

According to Wikipedia the engraving on the stones contain the following message written in eight different languages, one language on each face of the four large upright stones. Moving clockwise around the structure from due north, these languages are: English, Spanish, Swahili, Hindi, Hebrew, Arabic, Traditional Chinese, and Russian.

While many believe the Guidestones were a warning from the New World Order of a sinister plan to actively reduce the global population, others believe it describes the basic concepts required to rebuild a devastated civilization, following somekind of global disaster such as a plague or world war, where the population was already reduced to below the 500 million referenced.

In any case, amid a global pandemic in 2020, brought on by the concerns of the Covid-19 virus, it deserves to be noted on this day, some 40 years to the date of its unveiling.