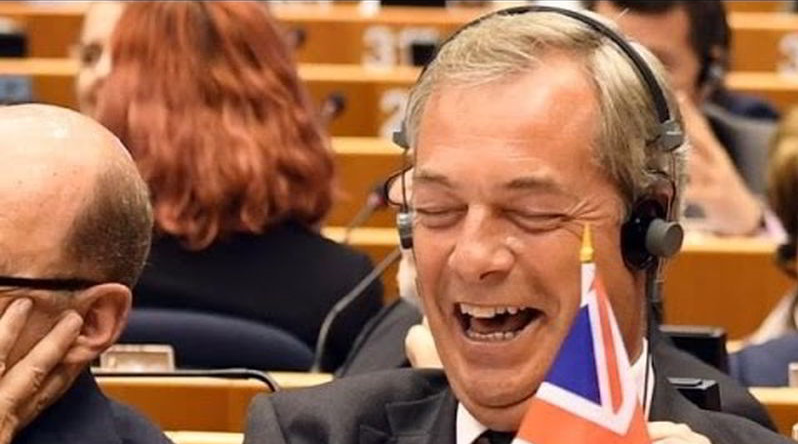 In his final speach to the European Union Parliament Nigel farage marks the end of the EU's dream of a complete and unified European Nation under the direction and control of an unelected bureaucracy.

Britain regains it independence today, no longer a member state of the European Union.

In his speach, Farage laid out the key issues that Great Britain had with the the management of the union and the lack of democratic processes. At one point he raises the Brisith flag and is cut off from speaking further. He and the rest of the British representatives then leave the parliament, flags waving and bidding them a fond farewell.