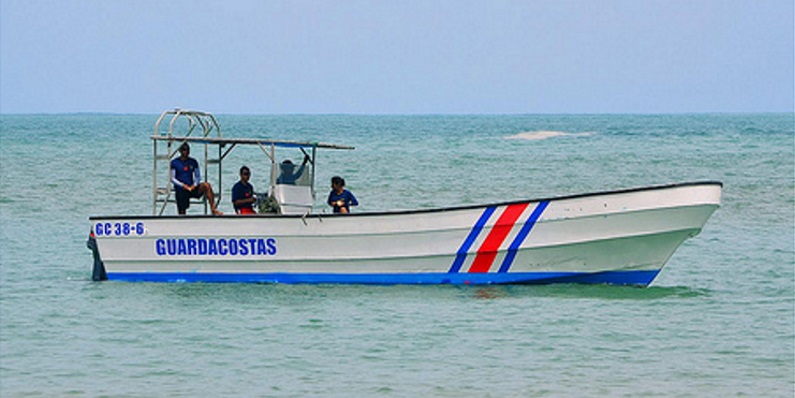 Two North American tourists were rescued this past Thursday in front of Flamingo beach in Bahía Potrero, Guanacaste, by officers of the National Coast Guard Service (SNG).

The papagayo winds were their strongest all month on these days, not a great day to head out on the water let alone go out of the bay. The men, surnames Parker and Poivier, 52 and 56 respectively, were on the beach when strong winds hit their kayak and they were overturned.

As they attempted to climb back into the kayak, their ipaddles were nowhere to be found and they found themselves stranded and drifting further offshore.

A Coast Guard Boat on patrol saw what was happening and proceeded to rescue of the tourists. Once safely aboard, the two Americans were transferred to the Coast Guard station in Flamingo, Guanacaste, where they were provided medical attention and allowed time to recover from the incident.