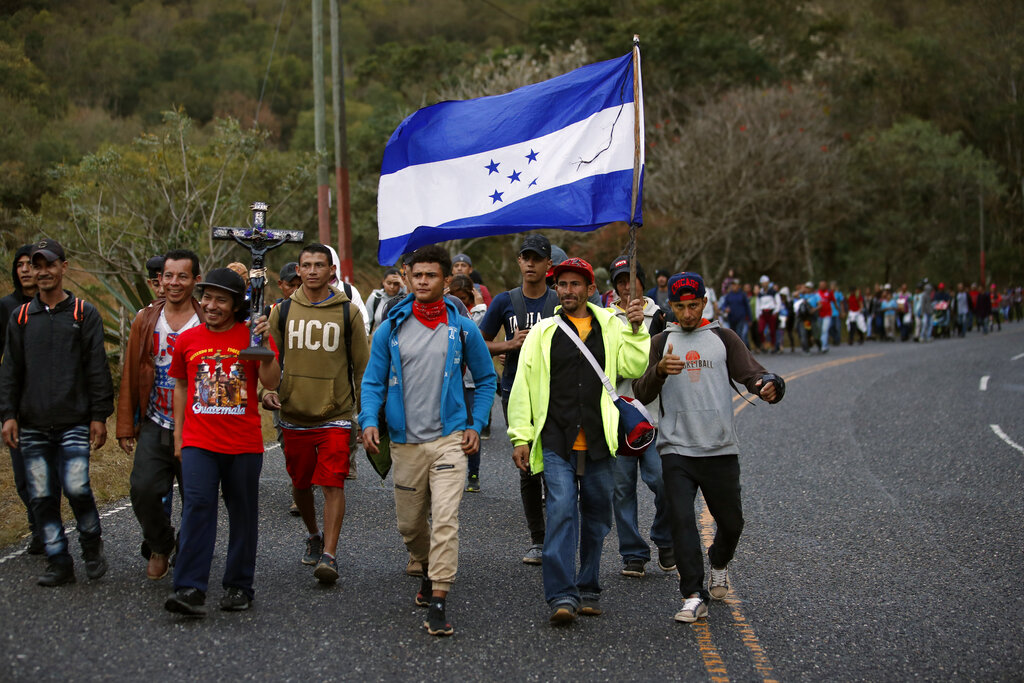 More than 2,000 Central American migrants attempted to storm the Mexico-Guatemala border on Saturday.

Thousands of migrants reportedly tried to push their way through a bridge spanning the Suchiate River as the Mexican National Guard blocked their path.

The agency said it had to reinforce several points along the country’s southern border to assure “safe, orderly and regular immigration.”

More than 3,500 Honduran and Salvadoran people arrived in Guatemala earlier that day as the caravan traveled towards Mexico.

The Mexican government has sent authorities to the country’s southern border to stop any migrants from passing through without proper documentation.