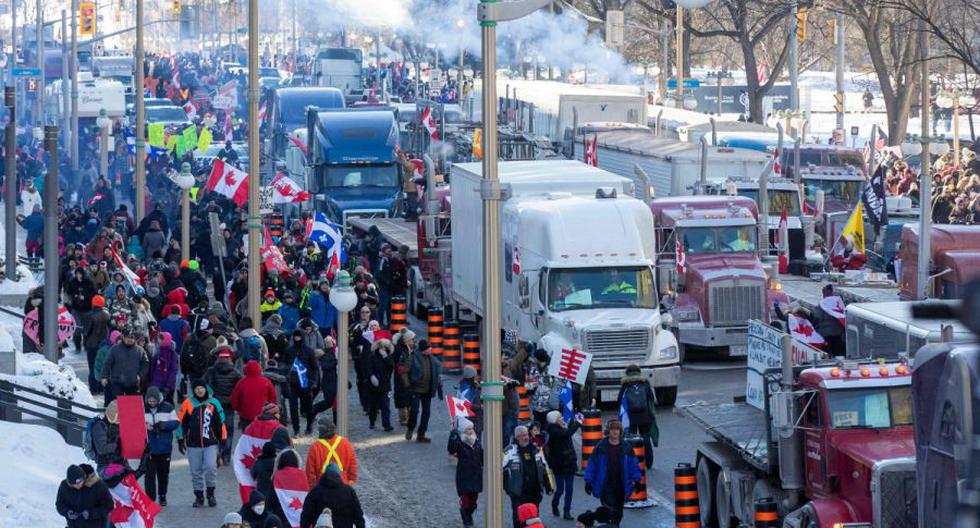 The Canadian FreedomTrucker Convoy 2022 has arrived in Ottawa Canada.

On Saturday January 29th thousands of protestors from across Canada gathered at Parliament Hill to protest mandates and vowing to remain until all amdates issued by the Federal government are rescinded.

The Prime Minister of Canada, Justin Trudeau, labelled the group as a "fringe minority".

“The small fringe minority of people who are on their way to Ottawa, who are holding unacceptable views (...) do not represent the views of Canadians,” Trudeau said.

Truckers from all across Canada began their trip last Saturday from Vancouver, while other groups left the east coast tomeet for the protest beginning yesterday. Convoys were met along the route by crowds of supporters cheering them on and showing support.

Prime Minister Justin Trudeau tested negative on his most recent covid test last week but decided to self quarantine for five days to be safe. He and his family were moved from their residence in Ottawa to a secret location earlier in the week for security concerns. Some protestors are hoping the PM remains self quarantined permanently and resigns as leader.