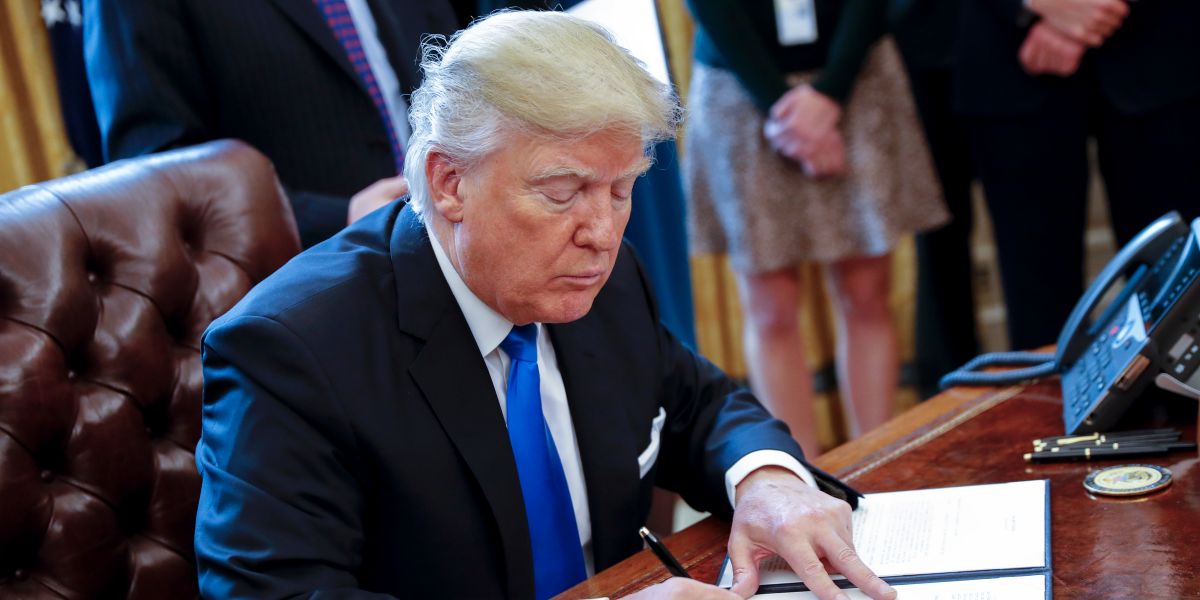 President Donald Trump on Tuesday took steps to advance construction of two oil pipeline projects that have been fiercely disputed and were delayed under his predecessor.

Trump signed executive orders that will make it easier for TransCanada to construct the Keystone XL pipeline and for Energy Transfer Partners to build the final uncompleted portion of the Dakota Access pipeline.

The president said both executive actions were subject to terms and conditions to be negotiated by the United States. He also signed three additional executive orders to expedite environmental reviews for "high priority infrastructure projects," streamline the permitting process for domestic manufacturing and to insist pipeline companies buy materials from U.S. companies.

Shares of Energy Transfer Partners were up about 4 percent, while TransCanada's stock rose more than 3.5 percent after the president signed the orders