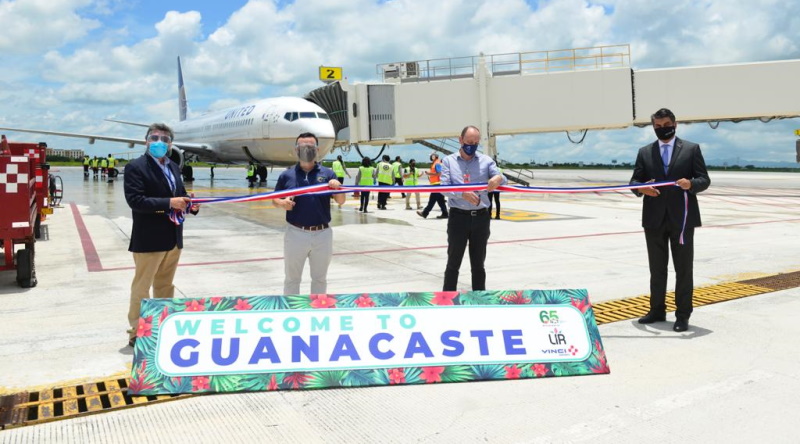 The Daniel Oduber International Airport in Liberia restarted scheduled flights this Saturday, September 5, upon receiving its first flight with passengers from the United States of America, after 170 days of closure due to the Covid19 related health emergency.

The restart of operations with passenger flights comes after the Government of the Republic enabled, as of September 1, the entry of residents of nine US states.

The United Airlines airline, from New Jersey, arrived this Saturday minutes before 12:00 noon with 68 passengers. Flight care followed compliance with the corresponding health protocols and the entry requirements of all passengers were validated.

Tourist activity in the Chorotega region has been affected in recent months due to the health situation. We know that the tourism sector is key for the region and we believe that the reopening of the Daniel Oduber airport will promote a recovery of economic activities in the Guanacaste province, ”said Claudia Dobles, First Lady and in charge of priority issues for the Chorotega region.

“The start of scheduled flights to Liberia is of enormous relevance for the gradual reactivation of tourism in the province of Guanacaste, La Fortuna and Monteverde, given that travelers who enter through Daniel Oduber traditionally also visit those regions. Although we will receive fewer tourists than before the pandemic, they are safe and firm steps in the face of the high season that begins in November, ”said Gustavo Segura, Rector Minister of Tourism. The hierarch reiterated the call for strict compliance with the protocols to maintain the long-term sustainability of the opening of tourism.

The country allows from September 1 the arrival of American tourists from Connecticut, Maine, Maryland, New Hampshire, New Jersey, New York, Vermont, Virginia, and Washington, DC And as of September 15, three additional states will be allowed: Colorado, Massachusetts, and Pennsylvania.

“The arrival of the first flight from the United States is a small step, but great news for a region that depends largely on tourism. At CORIPORT we work continuously to be a development tool for the region, and with the support of the private sector and the Government, we are sure that we will once again attract thousands of international tourists ”, commented César Jaramillo, general manager of CORIPORT, concessionaire from the passenger terminal of the Daniel Oduber Quirós International Airport.

“United Airlines celebrates 30 years of flying to Costa Rica and what better way to celebrate it than by returning to a world-class destination; We are very proud to be able to contribute once again to the economic and tourist development of the country by linking Guanacaste with the world, "said Carlos Granados Hernández, United Airlines sales manager for Costa Rica and Nicaragua. 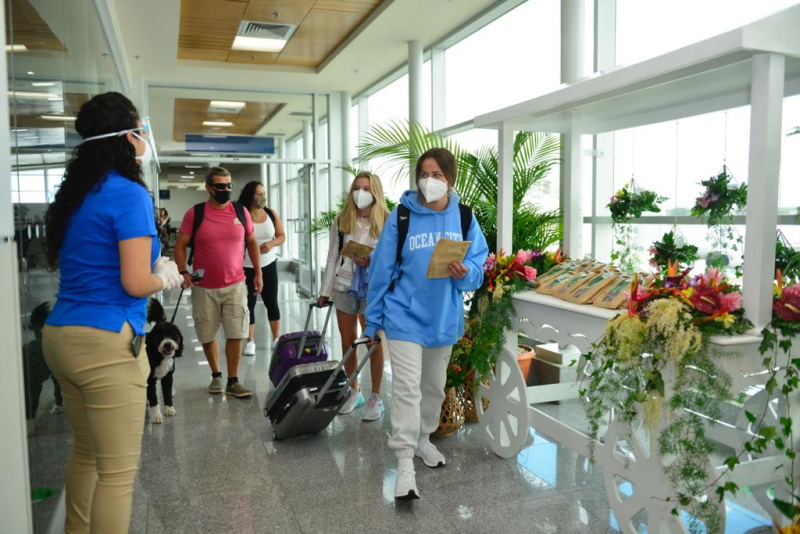 Before the border closures, the Guanacaste Airport connected 23 destinations in North America and Europe. In 2019, the airport registered a traffic of 599,433 passengers, reaching 8.5% growth compared to 2018.