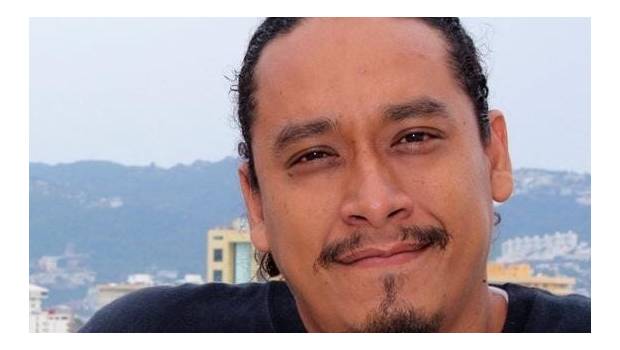 Gabriel Soriano Kuri was shot and killed as he was returning to the office of his employer, Radio y Televisión de Guerrero, in the Puerto Marqués area of Acapulco, GRO, at 8 PM on October 24, 2018.

The driver of the van he was in, an announcer and engineer for RTG, was wounded in the attack. Soriano got out of the van in an attempt to escape, but was shot as he was running away.

Soriano had a regular program, “En Efecto”, about hip-hop culture, on RTG. He was also a cultural promoter in Acapulco.

He is the son of Javier Soriano, who is the chief of information for La Jornada Guerrero.

Breitbart.com reported that Soriano’s murder comes less than a month after a team of gunmen shot and killed Sergio Martinez Gonzalez in the southern Mexican state of Chiapas. Martinez ran the online news outlet Enfoque and reported on threats received prior to his death.

Other Journalists Murdered in 2018

September 28 — Arturo Porcallo Eguiluz, a radio journalist an DJ in Guerrero for Radio y Television de Guerrero (RTG). A motive for his murder has not been released.

September 21—Mario Leonel Gomez Sanchez, a political journalist for El Heraldo de Chiapas. He had been the target of threats in 2016 after reporting on embezzlement by public officials in the state.

August 29 — Javier Rodriguez Valladares was a cameraman and TV journalist for Canal 10 in Cancun, Quintana Roo. He was shot along one of the main avenues in the tourist hotspot.

August 8 — Rodolfo Garcia Gonzalez was a freelance photographer who often worked with Semanario7. He was shot and killed in Guanajuato.

July 24 — Ruben Pat Cauich was a veteran journalist who founded the online outlet La Playa News in Quintana Roo, not far from Cancun. He had been previously threatened and was ultimately killed at a bar in the tourist hotspot of Playa Del Carmen.

July 3 — José Guadalupe Chan Dzib was a crime reporter for La Playa News, Aqui y Ahora, and other local outlets near Cancun, Quintana Roo. He was gunned down outside of a local bar in Playa Del Carmen.

May 29 — Hector Gonzales Antonio was a national correspondent for Excelsior and worked in various local outlets. He was kidnapped, tortured, and dumped in a vacant lot.

May 24 — Alicia Diaz Gonzalez, a financial writer for one of Mexico’s largest publications, was found beaten to death in her home in Monterrey, Nuevo Leon.

May 14 — Juan Carlos Huerta Martínez, a reporter and broadcast host, was killed by a team of gunmen outside his home in Tabasco.

March 21 — Leobardo Vázquez Atzin ran the online news site Enlace Informativo Regional in Veracruz who reported on a local mayor tied to an illicit property grab and was killed by a team of gunmen.

February 14 — Pedro Damián Gómez Bonifaz, director-owner of the Panorama Político, was found dead with obvious signs of trauma caused by a sharp-edged weapon at his home in Tijuana, Baja California.

February 5 — Leslie Ann Pamela Montenegro del Real, a popular YouTube satirist and blogger who used the pseudonym “La Nana Pelucas,” was gunned down while eating dinner at a restaurant in Acapulco.

January 13 — Carlos Dominguez Rodriguez was ambushed and killed by a team of assassins in Nuevo Laredo, Tamaulipas, who stabbed him to death in front of his family. Authorities arrested a relative of the former mayor of Nuevo Laredo and several other individuals allegedly linked to the case.

January 6 — José Gerardo Martínez Arriaga, an editor with El Universal, was purchasing toys for his family in Mexico City when he was robbed and killed at gunpoint.

Stricter Lock Down in Panama