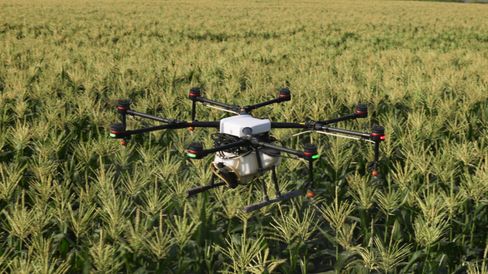 Mike Bloomberg manages to insult every farmer as well as people in manufacturing or industrial operations.

Yet another gaff he put forward way back in 2016. Michael Bloomberg is running for the leadership of the Democratic Party.

I don't believe Michael was ever a farmer, however he seems to believe it's something simple:  “I could teach anybody in this room to be a farmer."

However farming is not simply putting a seed in the ground and letting nature take it from there. That's called gardening and even people in that disipline need an understanding of weather, irrigation, fertilizers, pests, soil and much more. It's why it was a topic in school because it opens interests into so many fields of study.

The US has one of the most efficient systems of agriculture, and exports to the world. It is not an insignificant contributor to GDP and if the US gave up farming altogether, there would not be enough food for his tech world workers.

Agriculture is also an important part of the country's overall security. Without food, the US would be reliant on other countries for their food supply. Never a good plan.

Given a choice of food vs a new app, I would opt to favor the farmers as the priority which then allows us the luxuries he enjoys. Html and coding alone does not put food on the table.