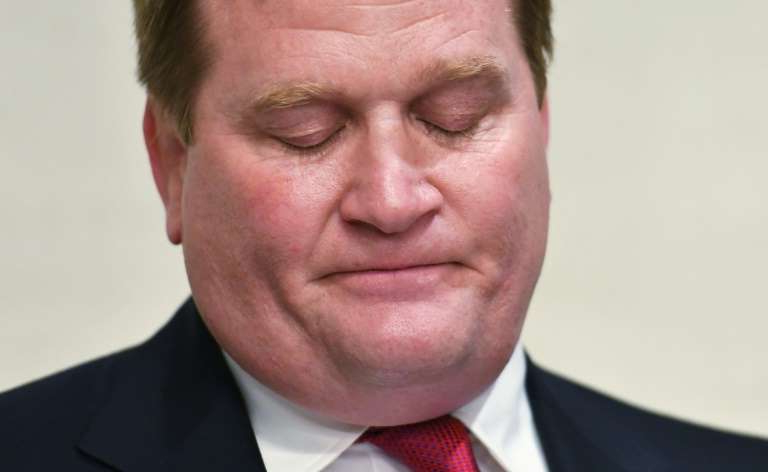 Just 90 minutes before the final Presidential Debate last night (Oct22nd), a former business partner of (Robert) Hunter Biden, Tony Bobulinski accused candidate Joe Biden about lying about his role in his son's business affairs while he was Vice President.

Mr. Bobulinski was a guest at the debate and in his video statement to the White House Press Corps stated he had evidence to back up his claims and that he was turning it over to the FBI.

Tony Bobulinski, A former business partner of Hunter Biden, accused former VP Joe Biden of lying about his role in his son's international dealings during a statement to the WH press corps just 90 minutes before Thursday's presidential debate. Bobulinski, who will be a guest at the debate, said he has three phones that will prove his claims and he is giving them to the FBI.

"I have heard Joe Biden say that he has never discussed business with Hunter. That is false. I have firsthand knowledge about this because I directly dealt with the Biden family, including Joe Biden," he said. "At my approximately hour-long meeting with Joe that night, we discussed the Bidens' history, the Biden family’s plans with the Chinese, with which he was plainly familiar, at least at a high level."

Mr. Bobulinski, a US Navy veteran, accused former vice president Joe Biden of being directly involved in a plot to make millions of dollars, identifying to him as “the big guy” named in the May 13, 2017 email.

That email showed the four partners each getting 20 percent shares in the business, with 10 percent going to “Jim” and the remaining 10 percent “held by H for the big guy?”

“Tomorrow I will be meeting with the Senate committee members concerning this matter and I will be providing the FBI the devices which contain the evidence corroborating what I have said...The evidence sits on these three phones, I don’t want to go into anything any further. This will all be discussed with Senator Johnson and his committee and the American people can decide what’s fact,” he said.

Former VP Joe Biden has refused to acknowledge any involvement with his son's business dealings and reiterated those sentiments during the debate.

Earlier last week concerns were raised over Hunter Biden's business ventures in Ukraine. His father Joe Biden has stated he had no knowledge of his son's business affairs, despite the release of contents of a laptop computer that has been reported to contain emails that may suggest otherwise.

There has been debate among government leaders and media pundits over whether the laptop is part of a foreign disinformation campaign seeking to interfere with the election which is less than two weeks away.

Director of National Intelligence John Ratcliffe said this week the laptop and its contents 'is not part of some Russian disinformation campaign'.

Expect the election drama to continue over the coming days leading up to election day on November 3rd.