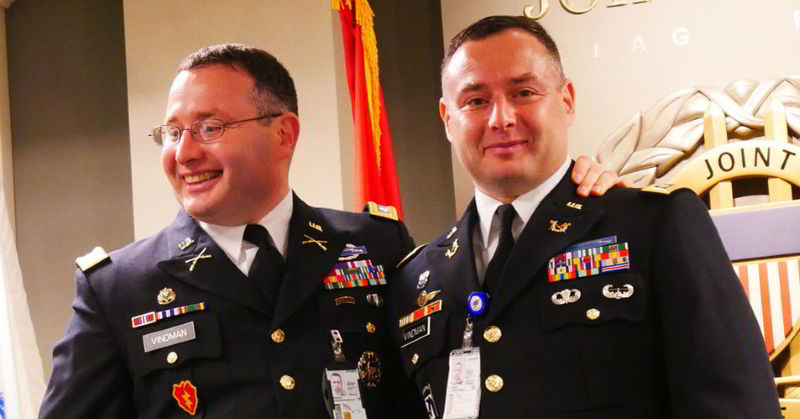 President Trump is following through with his promises to “drain the swamp” and cut Obama-era holdovers from his staffs, especially the critical and recently controversial National Security Council.

The Council also serves as the President's principal arm for coordinating these policies among various government agencies.Officials confirmed that Trump and national security adviser Robert O’Brien have cut 70 positions inherited from former President Barack Obama, who had fattened the staff to 200.

Of those many came from other agencies on a temporary basis to deal with specific concerns and now have been sent back. Several retired from government work.

The NSC, which is the president’s personal staff, was rocked when a “whistleblower” leveled charges that led to Trump’s impeachment.

Last week, Lt. Col. Alexander Vindman, who testified against Trump at a House hearing on the Ukraine affair that led to impeachment was sent back to his position at the Pentagon. His twin brother Lt. Col. Yevgeny Vindman was also removed from the NSC and Yamiche Alcindor of "PBS Newshour" reported that Yevgeny Vindman was relocating to the US Army's Office of General Counsel based at the Pentagon..

Trump had expressed displeasure that Alexander Vindman had testified against him when the Ukraine specialist said he did not like the phone conversation between the president and a newly elected president of Ukraine. While the media boasts headlines about the unfair firing of Lt Col. Vindman, he was not kicked out of the military, only removed from an advisor position at the NSC. Both Vindman brothers will be working at the Pentagon.

Since entering the White House, Trump has relied on staffs smaller than previous administrations and has noted how prior president’s had a much smaller NSC team.

While the media claim outrage over the removals it shjould come as no surprise. O’Brien recently said that former President George W. Bush handled the wars in Iraq and Afghanistan with 100 NSC aides, a model he is instituting. In fact, back in November as National Security Advisor, O'Brien stated on Face the Nation:

But we’re going to get that number down to around 100 people, that’s what it was under Condoleezza Rice; she came and met with me, I met with a number of my successors [sic?].

“This month, we will complete the right-sizing goal Ambassador O’Brien outlined in October, and in fact, may exceed that target by drawing down even more positions,” stated John Ullyot, the NSC’s senior director for strategic communications.

One also needs to consider that following every election there are staff who retain their positions for continuity and for their expertise. In the case of the NSC, the President has the ultimate authority on who serves and who leaves.