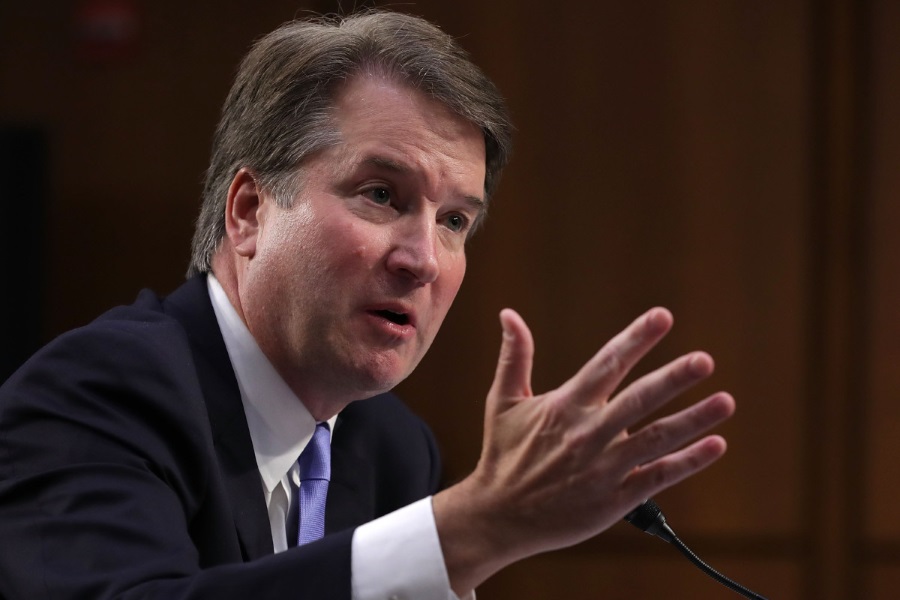 One of Justice Brett M. Kavanaugh’s accusers admitted this week that she made up her story of a backseat car rape, saying it “was a tactic” to try to derail the judge’s confirmation to the Supreme Court. 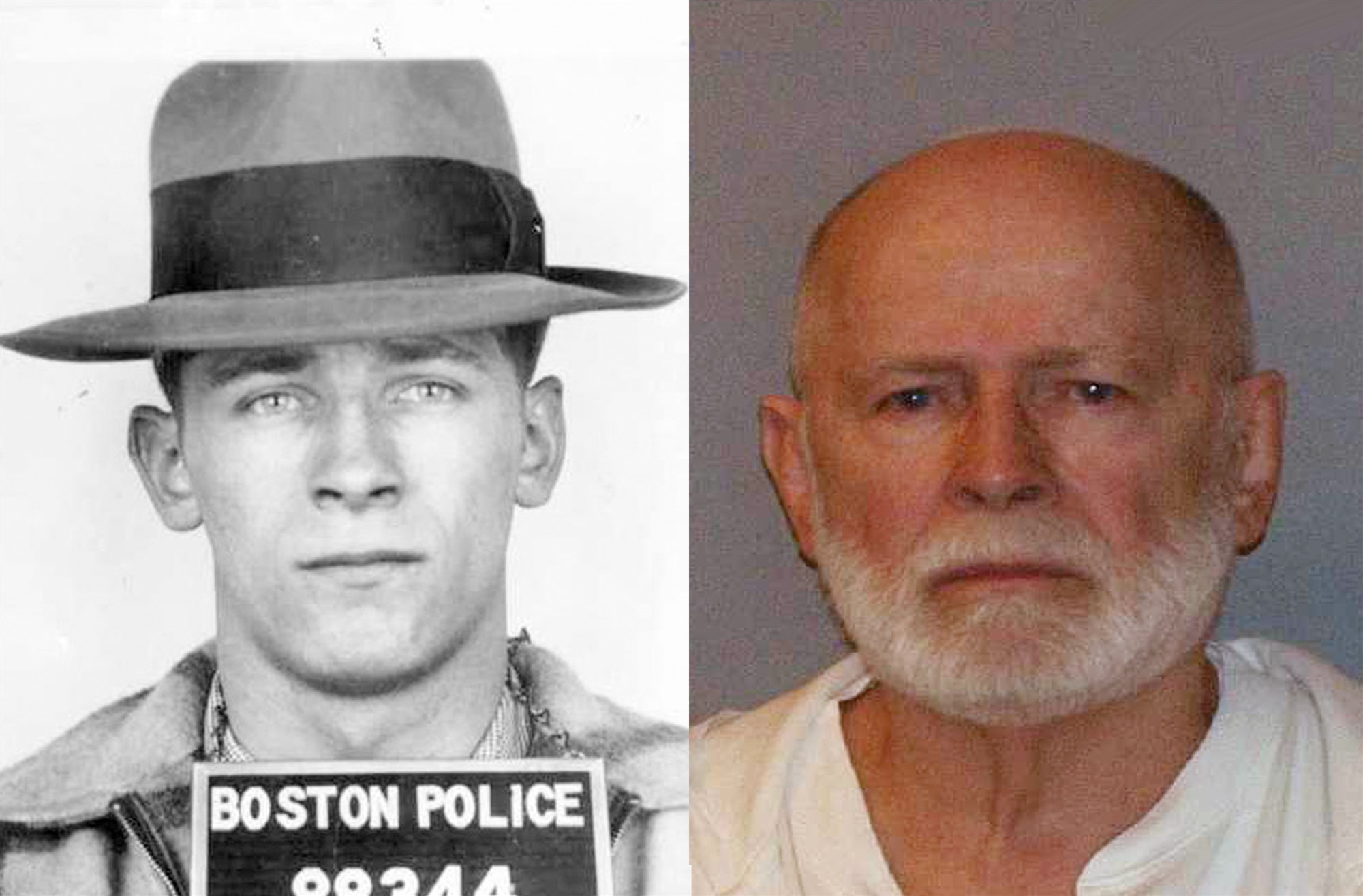 Boston-area gangster James “Whitey” Bulger was found dead Tuesday in a federal prison in West Virginia, NBC News and other outlets reported. He was 89.

Bulger died the day after his trasfer to the West Virginia penitentiary from Florida via Oklahoma, according to NBC News.

The Boston Globe reported that Bulger had been killed inside the prison, and a “fellow inmate with Mafia ties” was being investigated in his death. A U.S. Attorney’s Office spokesperson confirmed that the feds were investigating but would release no other information.

The U.S. Bureau of Prison said Bulger “was found unresponsive” at 8:20 a.m. and that emergency life-saving measures by prison staff were unsuccessful. He was pronounced dead by the county medical examiner.

“The Federal Bureau of Investigation was notified and an investigation has been initiated,” the bureau of prisons said in a statement.

Bulger was a notorious racketeer and leader of the Winter Hill Gang for decades before disappearing in 1995. Bulger was also an informant for the FBI but disappeared when his FBI handler warned him that he would soon be indicted.

He was apprehended in Santa Monica, California, in 2011, found guilty in 2013 of racketeering and involvement in 11 murders, and sentenced to life in prison.

Bulger’s life inspired both the Martin Scorsese Best Picture winner The Departed (which was also adapted from the Hong Kong film Infernal Affairs) as well as the Johnny Depp project Black Mass.

Oddy Bulger's name has recently come up on nightly newscasts and in print, in reference to Special Counsel Mueller's past.

Sean Hannity on Fox said, “Bulger’s FBI handler, guy by the name of John Connolly covered up for many of the horrific crimes that were committed by Bulger and his associates, including one instance where four men were wrongfully framed and convicted and imprisoned for decades — all for a murder it turns out they did not commit,” Hannity continued. “The men were ultimately exonerated. A judge awarded $101 million in damages, but not before two of the men actually died in prison. Robert Mueller was the U.S. attorney in charge while these men were rotting in prison, while certain agents in the FBI under Mueller covered up the truth.”

The New York Times explained the relationship this way: “In the 1980's, while [FBI Agent] Mr. Connolly was working with Whitey Bulger, Mr. Mueller was assistant United States attorney in Boston in charge of the criminal division and for a period was the acting United States attorney here, presiding over Mr. Connolly and Mr. Bulger as a ’top-echelon informant.' Officials of the Massachusetts state police and the Boston Police Department had long wondered why their investigations of Mr. Bulger were always compromised before they could gather evidence against him, and they suspected that the FBI was protecting him.

Of course there is no evidence Mr. Mueller did anything wrong, but Whitey's death will surely get the conspiracy groups digging. 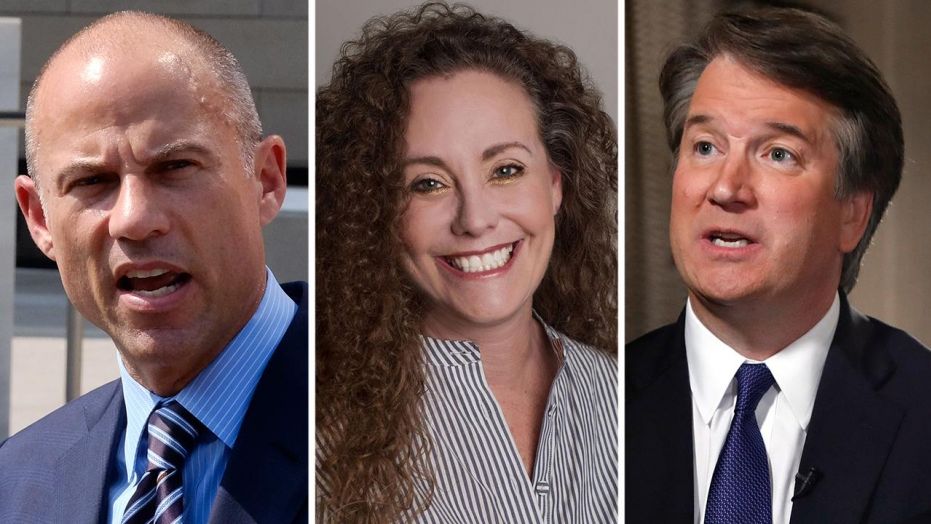 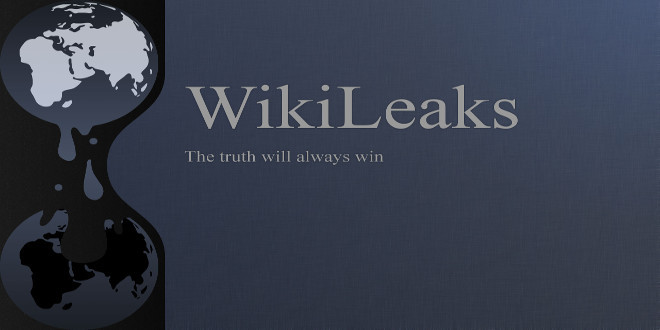 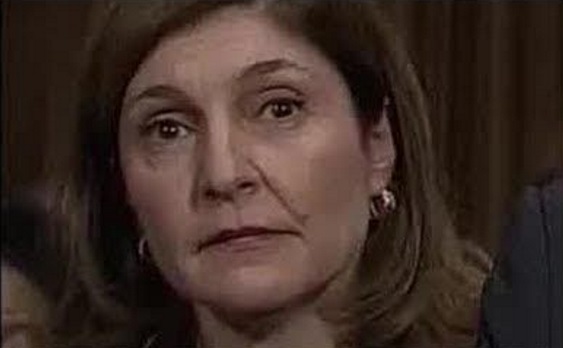 One of the questions being asked on alt media sites is why there is little coverage in the mainstream media regarding some key people influencing the current dynamic in political affairs.

A Reddit user by the name of Lonestarbeliever posted this interesting summary.

From 2001 to 2005 there was an ongoing investigation into the Clinton Foundation. A Grand Jury had been impaneled.

Governments from around the world had donated to the “Charity”. Yet, from 2001 to 2003 none of those “Donations” to the Clinton Foundation were declared.

Now you would think that an honest investigator would be able to figure this out.

Look who took over this investigation in 2005: None other than James Comey; Coincidence?

Guess who was transferred into the Internal Revenue Service to run the Tax Exemption Branch of the IRS?None other than, Lois “Be on The Look Out” (BOLO) Lerner. Isn’t that interesting?

But this is all just a series of strange coincidences, right?

Guess who ran the Tax Division inside the Department of Injustice from 2001 to 2005? No other than the Assistant Attorney General of the United States, Rod Rosenstein.

Guess who was the Director of the Federal Bureau of Investigation during this time frame? Another coincidence (just an anomaly in statistics and chances), but it was Robert Mueller.

What do all four casting characters have in common? They all were briefed and/or were front-line investigators into the Clinton Foundation Investigation. Another coincidence, right?

Fast forward to 2009…. James Comey leaves the Justice Department to go and cash-in at Lockheed Martin.

Hillary Clinton is running the State Department, official government business, on her own personal email server.

The Uranium One “issue” comes to the attention of the Hillary. Like all good public servants do, supposedly looking out for America’s best interest, she decides to support the decision and approve the sale of 20% of US Uranium to no other than, the Russians.

Now you would think that this is a fairly straight up deal, except it wasn’t, America got absolutely nothing out of it.

However, prior to the sales approval, no other than Bill Clinton goes to Moscow, gets paid 500K for a one hour speech; then meets with Vladimir Putin at his home for a few hours.

Ok, no big deal right? Well, not so fast, the FBI had a mole inside the money laundering and bribery scheme.

Robert Mueller was the FBI Director during this time frame? Yep, He even delivered a Uranium Sample to Moscow in 2009.

Who was handling that case within the Justice Department out of the US Attorney’s Office in Maryland? None other than, Rod Rosenstein.

And what happened to the informant? The Department of Justice placed a GAG order on him and threatened to lock him up if he spoke out about it.

How does 20% of the most strategic asset of the United States of America end up in Russian hands when the FBI has an informant, a mole providing inside information to the FBI on the criminal enterprise?

Very soon after; the sale was approved!~145 million dollars in “donations” made their way into the Clinton Foundation from entities directly connected to the Uranium One deal.

Guess who was still at the Internal Revenue Service working the Charitable Division? None other than, – Lois Lerner. Ok, that’s all just another series of coincidences, nothing to see here, right?

Let’s fast forward to 2015. Due to a series of tragic events in Benghazi and after the 9 “investigations” the House, Senate and at State Department, Trey Gowdy who was running the 10th investigation as Chairman of the Select Committee on Benghazi discovers that the Hillary ran the State Department on an unclassified, unauthorized, outlaw personal email server.

He also discovered that none of those emails had been turned over when she departed her “Public Service” as Secretary of State which was required by law.

He also discovered that there was Top Secret information contained within her personally archived email.

Sparing you the State Departments cover up, the nostrums they floated, the delay tactics that were employed and the outright lies that were spewed forth from the necks of the Kerry State Department, we shall leave it with this…… they did everything humanly possible to cover for Hillary.

Now this is amazing, guess who became FBI Director in 2013? None other than James Comey; who secured 17 no bid contracts for his employer (Lockheed Martin) with the State Department and was rewarded with a six million dollar thank you present when he departed his employer. Amazing how all those no-bids just went right through at State, huh?

Now he is the FBI Director in charge of the “Clinton Email Investigation” after of course his FBI Investigates the Lois Lerner “Matter” at the Internal Revenue Service and he exonerates her. Nope…. couldn’t find any crimes there.

In April 2016, James Comey drafts an exoneration letter of Hillary Rodham Clinton, meanwhile the DOJ is handing out immunity deals like candy. They didn’t even convene a Grand Jury!

Like a lightning bolt of statistical impossibility, like a miracle from God himself, like the true “Gangsta” Comey is, James steps out into the cameras of an awaiting press conference on July the 8th of 2016, and exonerates the Hillary from any wrongdoing.

Do you see the pattern? It goes on and on, Rosenstein becomes Asst. Attorney General, Comey gets fired based upon a letter by Rosenstein, Comey leaks government information to the press, Mueller is assigned to the Russian Investigation sham by Rosenstein to provide cover for decades of malfeasance within the FBI and DOJ and the story continues.

FISA Abuse, political espionage….. pick a crime, any crime, chances are…… this group and a few others did it: All the same players. All compromised and conflicted. All working fervently to NOT go to jail themselves All connected in one way or another to the Clinton’s. They are like battery acid; they corrode and corrupt everything they touch.

How many lives have these two destroyed? As of this writing, the Clinton Foundation, in its 20+ years of operation of being the largest International Charity Fraud in the history of mankind, has never been audited by the Internal Revenue Service.

Let us not forget that Comey’s brother works for DLA Piper, the law firm that does the Clinton Foundation’s taxes.

The person that is the common denominator to all the crimes above and still doing her evil escape legal maneuvers at the top of the 3 Letter USA Agencies? Yep, that would be Hillary R. Clinton.

Now who is LISA BARSOOMIAN?

Lisa H. Barsoomian, an Attorney that graduated from Georgetown Law, is a protégé of James Comey and Robert Mueller.

Barsoomian herself represented the FBI at least five times.

You may be saying to yourself, OK, who cares? Who cares about the work history of this Barsoomian woman? Apparently, someone does, because someone out there cares so much that they’ve “purged” all Barsoomian court documents for her Clinton representation in Hamburg vs. Clinton in 1998 and its appeal in 1999 from the DC District and Appeals Court dockets (?).

Someone out there cares so much that even the internet has been “purged” of all information pertaining to Barsoomian. Historically, this indicates that the individual is a protected CIA operative.

Additionally, Lisa Barsoomian has specialized in opposing Freedom of Information Act requests on behalf of the intelligence community.

Although Barsoomian has been involved in hundreds of cases representing the DC Office of the US Attorney, her email address is Lisa Barsoomian at NIH.gov. The NIH stands for National Institutes of Health. This is a tactic routinely used by the CIA to protect an operative by using another government organization to shield their activities.

It’s a cover, so big deal right? What does one more attorney with ties to the US intelligence community really matter? It deals with Trump and his recent tariffs on Chinese steel and aluminum imports, the border wall, DACA, everything coming out of California, the Uni-party unrelenting opposition to President Trump, the Clapper leaks, the Comey leaks, Attorney General Jeff Sessions recusal and subsequent 14 month nap with occasional forays into the marijuana legalization mix …. and last but not least Mueller’s never-ending investigation into collusion between the Trump team and-the Russians.

Why does Barsoomian, CIA operative, merit any mention? BECAUSE…. She is Assistant Attorney General Rod Rosenstein’s WIFE!

Hell may have just froze over, as Van Jones recognizes Trump as becoming Presidetial during his speach last night.

Is the Canadian Vaccine Policy Putting People at Risk?