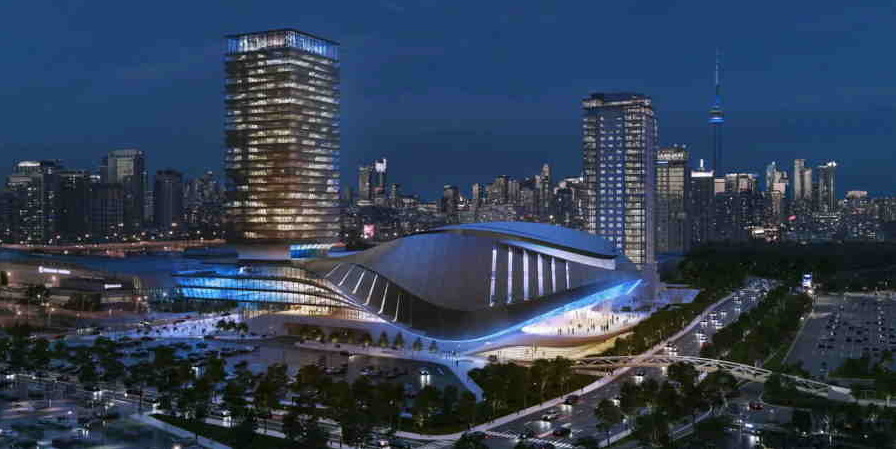 An international eSports company announced their plans to build a new arena and hotel complex in downtown Toronto on Monday morning.

The new Toronto arena would seat 7,000 people and would be primarily used for entertainment acts, but it would also host live eSport matches. All at an estimated cost of $550 million.

The project was announced by global design firm Populous, a , and OverActive Media (OAM), a company owning four major global eSports franchises, including the Toronto Defiant of the Overwatch League and Toronto Ultra of the Call of Duty league. OAM’s investors include The Weeknd and the Toronto Maple Leafs’ Mitch Marner.

The arena is expected to be completed in 2025 and would host over 200 events a year. While the arena will be mainly targeted for eSports matches, OverActive Media plans on hosting a range of events including music performances, award shows, conventions, concerts, and competitions.

The venue will be located on four acres near the north side of Lake Shore Boulevard within Toronto’s Exhibition grounds. The complex is located beside the Hotel X and south of the Enercare Center.

This will be the first new event venue in Toronto since BMO Field in 2007.

Toronto’s City Council and Exhibition Place board of governors have yet to give the final approval on the proposal. Considering the venue will take over most of the land used for the Canadian National Exhibition midway during , this project could mark the end of the annual exhibition after over 140 years.